Shopping Guide To Picking The Best Xbox One Bundle

The Xbox One had a difficult entry into the console wars when it was first released in 2013. Not only did the console have the rather unsightly look of a 1980s VCR recorder, it also trailed the PlayStation 4 in its graphical capability, while the user interface wasn’t entirely intuitive.

Fortunately, however, Microsoft has responded to the complaints by shedding all of these hindrances of the Xbox One, leaving the console much better value and a truly formidable participant in the console contest. There hasn’t been a better time to join the Xbox One party.

If you have never bought an Xbox One before, we would urge you to pick one up in a bundle. It’s a brilliantly cost-effective way of getting a great game or several to play on that little home hub straight away – and, even, perhaps, a limited-edition console design!

What if you don’t know what games to choose?

In this situation, you might be tempted to buy the console unit independently – but, even here, you can make appreciable financial savings by opting for a bundle. You could also be pleasantly surprised by how much space you save in your living room, as the Xbox One has been losing some weight…

In 2016, Microsoft replaced the bulky original Xbox One – the first-generation Xbox One, you might say – with a redesigned, slimmer version called the Xbox One S. The stark black of the original console has been replaced with a gorgeous white to go with various technical enhancements.

The S is also cheaper than for what the first Xbox One retailed at launch, making it the obvious choice for Xbox newcomers. You can get it as a Starter Bundle with 3 months of the subscription service Xbox Game Pass, while the Two-Controller Bundle includes… well, take a guess!

We love Minecraft; this sandbox game has become a cultural phenomenon since its earliest release in 2011 and been brought to many different platforms. If you have already grown accustomed to Minecraft on a Sony or Nintendo system, you can get back up to speed with it on Xbox One.

Two different versions of the Xbox One S come bundled with Minecraft. You can get a standard console-and-controller set along with Minecraft and the add-ons Explorers Pack and Story Mode Season 1 – The Complete Adventure.

Meanwhile, the Minecraft Limited Edition Bundle features Minecraft, its Redstone Pack and a console unit and controller that each take stylistic cues from the game. The console now resembles a grass block, while the controller is in iconic Creeper green. 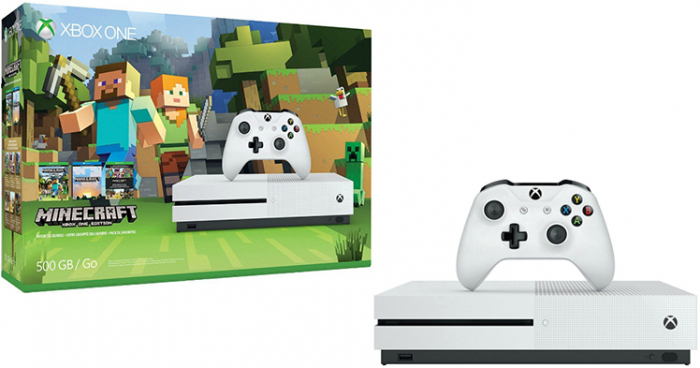 Microsoft obviously caters well for the mainstream crowd, given that Minecraft is second only to Tetris in the ranks of best-selling video games. Another of history’s most popular games is PlayerUnknown’s Battlegrounds, which also has tie-in Xbox One bundles.

That other option is the Xbox One X PlayerUnknown’s Battlegrounds Bundle, which packages the much-loved game with… yes, the Xbox One X. This high-end version of the Xbox One X packs 6 teraflops of graphical computing performance into a unit that can render games at 4K resolution.

Do fall for it with these Fallout 76 bundles

The Fallout series of role-playing games might portray scarily post-apocalyptic worlds, but there’s nothing nigh about the end of this franchise. Fallout has stayed so popular that new versions could well be released in the twenty-second and twenty-third centuries depicted in the actual games.

Naturally, then, anticipation is feverish for Fallout 76 – the ninth installment which, narratively, will be a prequel to the rest of the series. It’s scheduled to land on November 18, just ahead of Black Friday – and maybe you shouldn’t wholly rule out the possibility of discounts on these bundles…

Which bundles? There will be one with the game itself and the standard Xbox One X, but also another bundle where, for the first time ever, the Xbox One X will come in white! That’s part of the Xbox One X Robot White Special Edition Fallout 76 package. 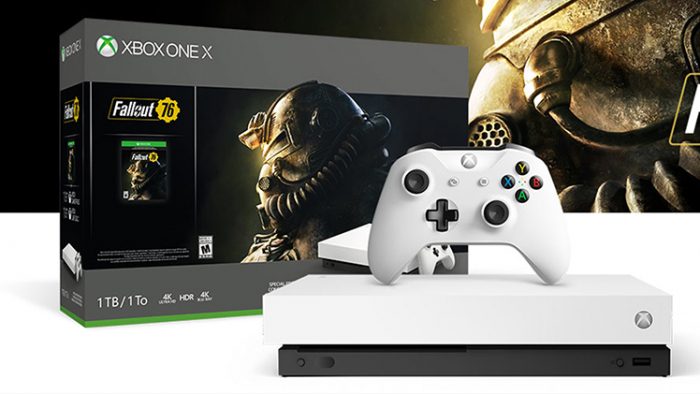 Give me five – Battlefield V, that is, in one of these bundles

Another eagerly-anticipated game currently on the way is the first-person shooter Battlefield V, another follow-up in the long-running Battlefield series. This time, the action will shift to World War II, with a particular focus on female soldiers as playable characters.

The game will arrive on November 20 – and, similarly to Fallout 76, come in two Xbox One X bundles. One will give you the Xbox One X in its vanilla design, while the other – the Xbox One X Gold Rush Special Edition Battlefield V Bundle – will add a classy sheen of gold to the console.

Comment on Shopping Guide To Picking The Best Xbox One Bundle