The cheapest SIM only offers with unlimited data

The benefits of going down the SIM only route are well-documented. If you don't fancy replacing your current phone, you can keep it while still benefiting from a great-value deal that affords you considerable flexibility as well. However, all too often, data limits can derail your fun.

If you love heavily consuming music, podcasts and video on your little device, you're going to burn through an awful lot of mobile data. That's why a plan offering unlimited data can save your bacon.

You might be tempted to wait until Black Friday for a cut-price data deal, but the major carrier Three is already offering what is indisputably the cheapest such deal on the market. There is, however, a catch: this particular plan is only available to students and university staff.

If you fall into either category, you can verify this by inputting your .ac.uk email address when applying for either the 12- or 24-month plan - the monthly price is still £16 either way. 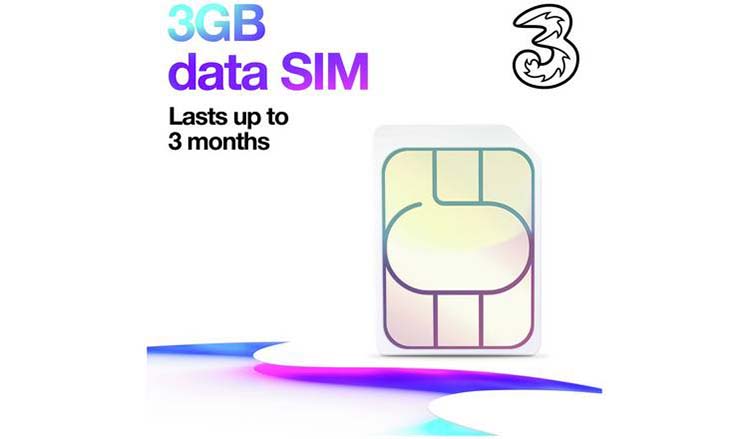 While Three is probably the market leader in offering financially appealing sim only unlimited data plans, Vodafone isn't too far behind. The brand offers unlimited data, texts and minutes all in a single package priced at £23, whether you sign up for a 12- or 18-month stint.

Nonetheless, the £23 price is limited to Vodafone's Unlimited Lite plan, which restricts your maximum download speed to 2mbps. Fortunately, this doesn't prevent the plan from remaining a good option for time-effective browsing, messaging, emailing and music streaming.

Among the brands on this list, giffgaff probably isn't the most surprising inclusion, given its traditionally budget-friendly ethos. Indeed, giffgaff is considered a third-party retailer rather than a network in itself, as it relies on O2's 4G coverage.

This particular deal throws the limits off minutes, text and data - though, in the case of the data, speed restrictions kick in once you have used up 20GB, so you might need to tread carefully. You also get access to 8,000 free Wi-Fi hotspots.

SMARTY, too, is a Mobile Virtual Network Operator (MVNO) - and it's the Three network to which this particular brand has access. In fact, SMARTY is a sub-brand of Three itself - and, with this specific plan, you don't need to pay either for the SIM itself or its delivery to your address.

With that SIM in your handset and activated through the SMARTY website, you would pay just £25 for a month's contract, including unlimited minutes, texts and sim only unlimited internet.

There's a chance that you aren't too familiar with the VOXI brand, but you will know its parent company, the previously mentioned Vodafone.

VOXI offers unlimited - or what it calls "endless" - data plans that, especially excitingly, cover its 5G network. Naturally, you will need a 5G-ready phone to make use of that - but, as 5G is up to ten times speedier than 4G, this deal's £30 "intro price", available until February, certainly warrants strong consideration.

Comment on The cheapest SIM only offers with unlimited data